Jo has over 27 years experience in training aspiring and current directors, working for the IoD, Vistage and the Academy for Chief Executives. Jo's expertise has led to an influx of requests for bespoke private courses, the results of which you can read below:

The Board - A Successful and Effective Team

"Jo held our attention, encouraging interaction and involvement. Jo’s pragmatic focus has enabled many of our local boards to relook at areas of governance and implement new processes as a direct result of the learning from the programme"

Buying and Selling a Business

"The group loved and learnt from what you had to say and I noted that the four accountants in the group were taking detailed notes. As usual another magnificent training session."

"If there is a topic which gets CEO’s and MD’s paying attention buying and selling businesses would be at the top and Jo Haigh’s workshop on this was a master class. She has a wealth of knowledge having been involved with over 400 business sales so what she doesn’t know on this topic probably isn’t worth knowing. She tells it like it is and for those that have been through the process it was as if she had been looking over their shoulder.

She gave fantastic handouts and scores for her session were mainly 9's and 10’s. Average score was 9.3 the highest in my group for two years. The only question is why isn’t the Academy using her more? One not to be missed.”

"Jo is a very professional and well respected corporate financier and she is a pleasure to work with. I have done work with Jo and would not hesitate to again."

Role of the Non-Executive Director

"The feedback we got from delegates throughout the day has been overwhelmingly positive. I certainly think your session struck a chord with the audience and many people told me that they found your presentation particularly stimulating. A very successful day!"

"The content and subject matter really should, in theory, have led to a ‘dry’ experience that was rather painful all round. Your delivery meant that time flew by and it was thoroughly entertaining, educational and absorbing from start to finish."

Role of the Company Director

"The best speaker on Role of a Director and one of the best M&A people in the UK in my opinion, I recommend Jo to all my clients!"

"I really enjoyed the session last week, the structure and your way of putting information across made it not only an easy way to learn but fun as well. A week on, I look back on that week as the best experience I have had on my MSc so far." 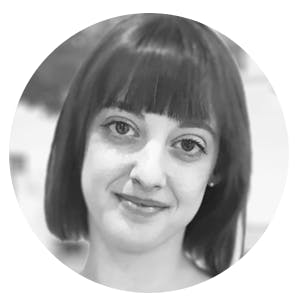 Discover How We Can Help You

We are here to support you on your business journey. If you, or your company require specialist business support, the fds Journey Planner can help point you in the right direction.