How Crowdfunding Sites Are Helping Businesses Not Only Raise Funds, But Also Build An Instant Fan Base

Crowdfunding sites are open for business, all 600+ of them and never have they been so busy. With a definite recognition, that these peer lending sites can help with kickstarting the economy, on a worldwide basis.

Whilst bank rates are at an all-time low, their appetite for lending is going to be lower, unless it’s being forced upon then, due to the government providing security.

The crowdfunding market is still in its infancy but it is growing quickly, offering multiple funding streams from a donation, debt and equity, to rewards and the like. There is something to suit virtually every lending need.

These sites attract not only high-net-worths and institutional investors but also the ordinary man and woman, who want to invest more modest amounts. Whilst the average individual investment is £8,400, most sites have a minimum of £10 investment. This means that the “ordinary man” investor can sprinkle his or her investments over multiple opportunities and so spread risk.

Getting deals done with a crowdfund takes skill though and whilst it’s considerably quicker than a standard lending process, it requires a degree of creativity. Each site has to some extent a different process, with the platform itself offering varying degrees of support. Some sites love startups, others established businesses. Equally, some platforms are suited to B2B and others B2C. Most platforms won’t take the opportunity if they don’t think the pitch has been put together professionally, or they think it’s got a limited chance of success. Some sites have a raise it all or get nothing offer, whilst others offer a more flexible approach.

Whilst raises can be for quite modest sums such as a few £100k or less, there is scope to aim much higher. In 2019 MATE X (a folding eBike) raised $18m, one of the most successful raises to date.

For a successful raise, there are certain essentials:

If this sounds complicated, it’s not, but it does need a skilled team to pull this together. fds have launched a new and already flourishing division to bring about the team that can deliver your raise.

Be part of the future economy by engaging directly not only with your investors but also your customers who via this innovative fundraising vehicle are often the same!

Also watch Jo Haigh's video below for further information on the platforms. 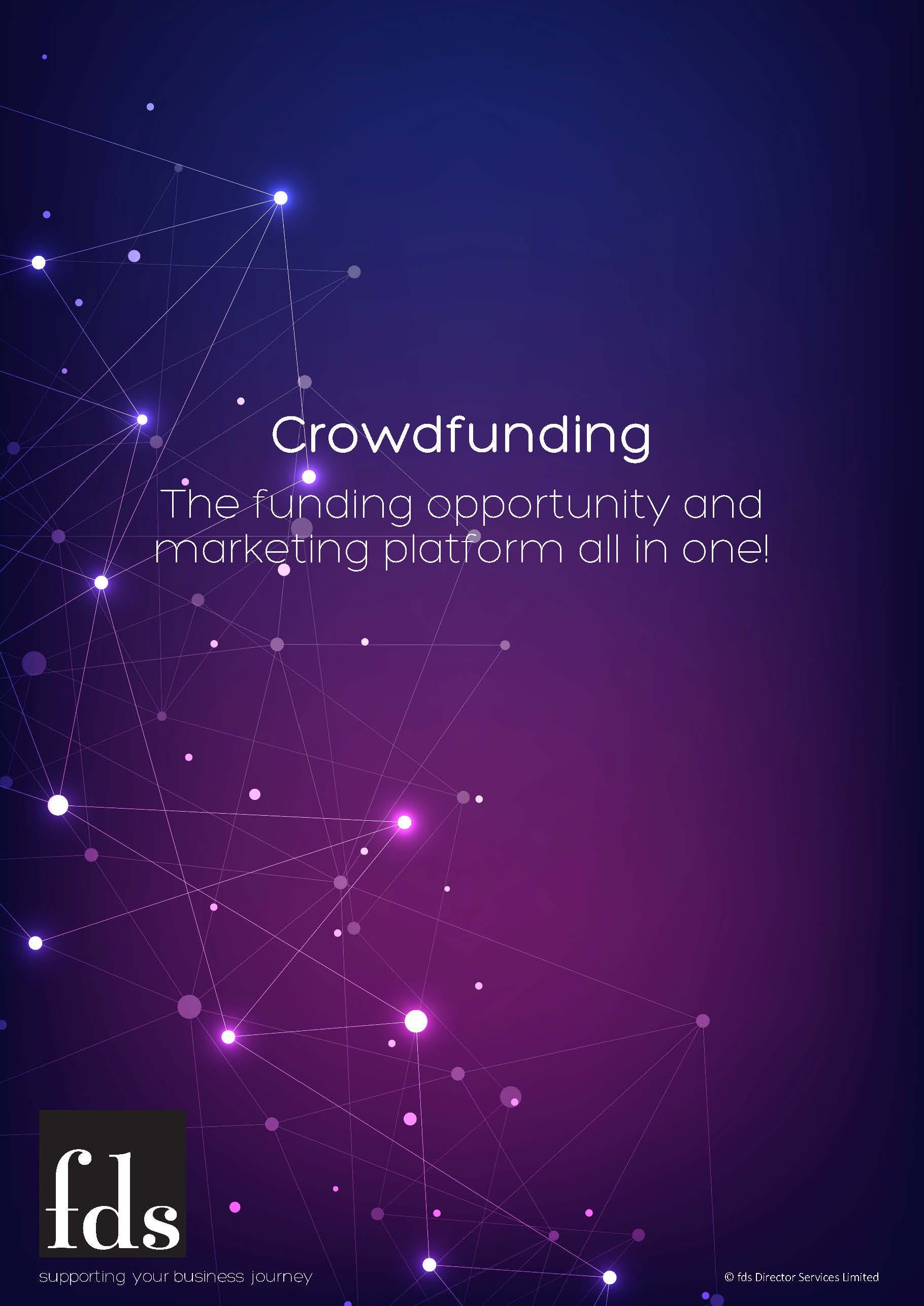 Crowdfunding - The Funding Opportunity And Marketing Platform All In One!

Crowdfunding is a great solution to help businesses grow and expand their customer base. The Crowdfunding platforms offer the perfect marriage of raising funds and building an engaged customer audience who are 400%* more likely to recommend you! Whether you’re a start-up looking for funding, or an established business looking for growth.

In this guide we have outlined the different types of crowdfunding platforms and what is required as part of the raise process.

Discover How We Can Help You

We are here to support you on your business journey. If you, or your company require specialist business support, the fds Journey Planner can help point you in the right direction.